Who is Stephanie Newman?

Stephanie Newman, the youngest of three children born to Paul Leonard Newman and Jacqueline “Jackie” Witte, was only a toddler when her parents divorced in early 1958. She didn’t realize the gravity of the situation until much later, and even then, she couldn’t bring herself to be angry at either her father or stepmother Joeanne. Stephanie explained in the docu-series that she knew the pain they caused wasn’t intentional, before adding, “[but] I can be disgusted with my dad when I think of my mom; that is a true feeling.”

Stephanie’s thinking was influenced by Joanne’s emphasis on family time while treating her stepchildren the same way she treated those she shared biologically with Paul. After all, according to the HBO Max production, she grew up feeling like she had a bonus parent as well as three more sisters, and she couldn’t see anything wrong with it no matter how complicated their relationships were. Her lovely tattoo of her stepmother’s full name on her forearm is simply proof of the happiness her blended family exuded, which she believes was solely due to Joanne.

“I got [the tattoo] about five years ago [around 2015],” Stephanie revealed candidly to director Ethan Hawke in ‘The Lost Movie Stars.’ “I put it on my forearm because I wanted to be able to read it all the time as a reminder even though I don’t really need one; she — Joanne — was one of the best things that ever happened to me.” And she gave me my sisters because she could have been a different kind of stepmother who was completely uninterested in Pop’s other children. She embroidered pillows for me, and I have postcards and letters from her all over the world.”

How did Stephanie’s parents meet and begin their relationship?

When Jackie met Navy veteran Newman, who was 24 at the time, she was only 19 years old. At the time, she hadn’t even finished college. They met in 1949 while working on stage during the summer in a small town.

Paul and Jackie Witte married on December 27, 1949, after only a few months of dating. After moving to work at a Woodstock theatre company in Illinois, they married in a beautiful ceremony in front of their friends, family, and loved ones.

See also  Charlotte Hopkins: Exactly How Much Do You Know About Her

Stephanie Newman’s Siblings: What You Should Know

Stephanie Newman’s parents had their first child together, a son named Scott Newman, in 1950. Scott, like his father, was also an actor. He appeared in films such as Breakheart Pass, The Towering Inferno, and Fraternity Row in 1977. Unfortunately, his life was cut short in November 1978 when he died of a drug overdose. In memory of his son, their father established the Scott Newman Center for Drug Abuse Prevention.

Susan Newman, Stephanie’s sister, is a documentary filmmaker and philanthropist with Broadway and screen credits, including a starring role as one of four Beatles fans in I Wanna Hold Your Hand (1978) and a small role opposite her father in Slap Shot. She was also nominated for an Emmy for her work on his telefilm, The Shadow Box.

Stephanie Newman’s father, Paul, established Newman’s Own, a food product line, in 1982. Salad dressing was the brand’s first product, and it has since expanded to include pasta sauce, lemonade, popcorn, salsa, and wine, among other things. Paul established a policy of donating all profits after taxes to charity. According to Vanity Fair, Stephanie is leading a quiet life away from the family business and foundation.

Stephanie’s father met actress Joanne Woodward on the set of Picnic on Broadway in 1953.

It was his first performance; Woodward was an understudy. Paul Newman divorced Jackie Witte shortly after filming The Long, Hot Summer in 1957 to marry Woodward. They married in early 1958. Elinor “Nell” Teresa (born 1959), Melissa “Lissy” Stewart (born 1961), and Claire “Clea” Olivia (b. 1965).

Paul Newman, Stephanie’s father, was scheduled to make his professional stage directing debut in 2008 with the Westport Country Playhouse’s production of John Steinbeck’s Of Mice and Men, but he backed out on May 23, 2008, citing health issues.

In June 2008, it was widely reported in the press that he had been diagnosed with lung cancer and was receiving treatment at the Sloan-Kettering Cancer Center in New York City. In a mid-2008 interview, A. E. Hotchner, who co-founded Newman’s Own with Newman in the 1980s, told the Associated Press that Newman had told him about the condition about 18 months before.

Her father’s spokesman told the press that the star was “doing nicely,” but he did not confirm or deny having cancer. Until 1986, the actor was a heavy cigarette smoker.

Paul Newman passed away on September 26, 2008, surrounded by friends and family. He was 83 years old at the time. After a private funeral service near his home in Westport, Connecticut, he was cremated.

What happened to Stephanie Newman?

Stephanie Newman has always preferred a quiet life away from the spotlight, according to what we can tell, despite her open participation in the six-part original centered on her parents. As a result, aside from the fact that she’s in her late 60s and appears to be content, we don’t have any information on her recent personal or professional experiences. All we can assume is that she remains close to both her biological and half-family members, particularly her halfsisters, especially after Joanne’s Alzheimer’s diagnosis.

Meet Susan Kendall Newman, Another One Of Paul Newman's Daughters

Read More
DeWanda Wise is a well-known American actress who has appeared in a variety of television shows and films.…
PPeople 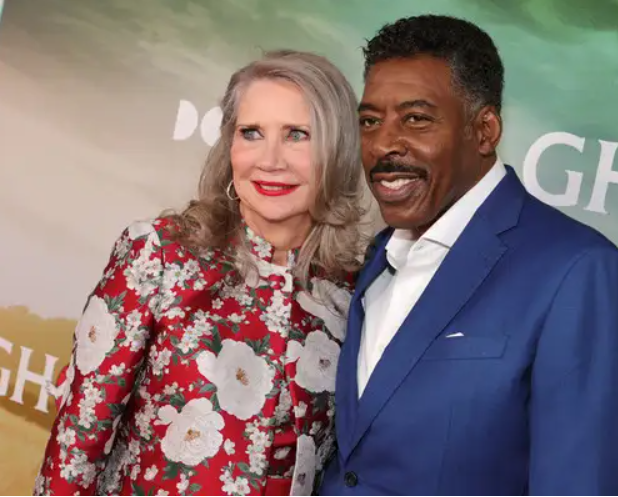 Read More
Welcome to iamNG. In this post, we will take a look at Linda Kingsberg. The information in this…
PPeople

Read More
In today’s article, I will write you a detailed knowledge profile of Arthur Kardashian, the grandfather of popular…
PPeople

Read More
Emma DiGiovine is a former model who is married to Jesse Watters, a Fox News host. The couple…
iamNG