Eugene Daniels is a Politico White House Correspondent and co-author of the Playbook.

Who is Eugene Daniels?

Daniels is a well-known face in the journalism world. He has worked as a reporter, anchor, content producer, editor, and many other roles at companies such as Northern Colorado 5, The Rocky Mountain Collegian, KOAA-TV, and Newsy. 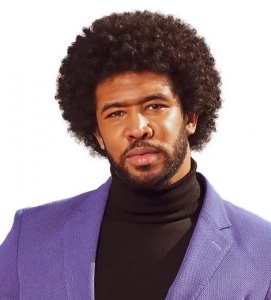 From 2009 to 2012, he was Chair of the NCAA Division I National Student-Athlete Advisory Committee. His responsibility was to ensure that student-athletes from all over the country were represented in health-related topics.

He worked as a reporter, anchor, host, columnist, and editorial board member for The Rocky Mountain Collegian from 2010 to 2012. During his time at Campus Television, he was a chat show host for Daniels after Dark and an anchor/reporter. He also worked as a magazine reporter for College Avenue and hosted the KSU radio show. He then worked as a content producer for KOAA-TV. From 2012 to 2015, he held the position. He was in charge of filming, writing, editing, and creating daily news articles and broadcasts at KOAA-TV. Daniels covered breaking news, politics, crime, and features from eighteen different nations in southern Colorado, as well as organizing and supervising field crews for daily content and story ideas.

He worked as a political reporter for Newsy from 2015 to 2018. He wrote, edited, and hosted a daily nocturnal political show there, sparked the Newsy/Politico collaboration by creating videos for both brands on Politico’s website, covering the top stories, and collaborated with editorial leads and producers to create special programs. Daniels also reported on domestic policy and politics on and off Capitol Hill, including health care, tax reform, the 2018 midterm elections, and the 2016 presidential election. He also covered foreign policy and politics, particularly US diplomatic relations and national security, and amassed a vast network of political contacts.

Following that, he joined Politico in 2018 as a Political Reporter, a position he held until January 2021. He is currently a full-time White House Correspondent and co-author of Politico’s Playbook Newsletter.

Furthermore, Daniels has an intersectional identity as a member of the black and LGBTQ+ communities. He is engaged to Nate Stephens, a South Dakota social change facilitator.

Daniel’s birthday is February 12th. He was raised alongside three sisters.

Daniels earned a high school diploma in general studies from Shoemaker High School in Killeen, Texas, in 2007. He then attended Colorado State University to study Journalism and Political Science. He graduated in 2012 with a degree in Journalism & Technology Communication (concentrations in TV News & Video Communication /News-Editorial, Poli. Sci).

Daniels aspired to be both a lawyer and a politician. However, after realizing he was not interested in politics, he chose a journalism class by chance. However, because the subject was optional, Daniels did not take it seriously at first. But he quickly developed a passion for writing.

Furthermore, his journalism professor at Colorado State University provided him with invaluable advice that helped him land a career in journalism. His teacher emphasized the importance of journalism in holding politicians accountable, and he has been involved in the field ever since.

Daniels has covered the midterm elections, the Democratic presidential primary, and the general election in print, video journalism, and podcasts since joining Politico in 2018.

Newsletter for the Playbook

He continues to use and anchor Politico’s various platforms as a member of the Playbook team. In ‘Playbook,’ he is the first black co-author and the first openly LGBTQ+ person.

In addition, he has a deal with WME Entertainment and contributes to MSNBC.

Prior to the rise of cable television, news shows were dominated by irate middle-aged to elderly white men. Women, Black people, other people of color, and LGBTQ+ people were in short supply.

Daniels is a refreshing change from the days when all pundits were elderly, grumpy white men. He is well-known for his portrayal of LGBTQ+ people in the media, as well as his personal love of nail polish. In a July 2021 editorial, The Advocate interviewed Daniels about what it’s like to represent a new age and aesthetic of political punditry, focusing on his love of nail polish. He told the portal that nail polish, like his political and media knowledge, is an important part of his personality.

He believed that his penchant for nail polish would not prevent him from discussing and writing about politics, voting rights, and international affairs.

He also mentioned his favorite nail polish colors “My favorite colors right now are yellow, orange, and blue on my fingers, so that’s what I’m wearing. Every time I wear a new color, it becomes my favorite, so I don’t have a favorite.”

Daniels is an out LGBTQ+ member of the community.

In 2021, he married Nate Stephens, a social change facilitator from South Dakota.

“I’ve never been more in love with a human being. And for the rest of my life, I will choose you every day. (I said, “Hell yes!”) “On an Instagram post dated June 24, 2021, he captioned a photo with his fiance.

In November 2021, he proposed to his fiancee once more. He wrote, while sharing photos with his fiance, “Getting engaged is so enjoyable that we did it twice! I’d always wanted to ask Nate to marry me. So I went camping with him (yes, I went camping!) and counter-proposed. Fortunately, he also said yes.” 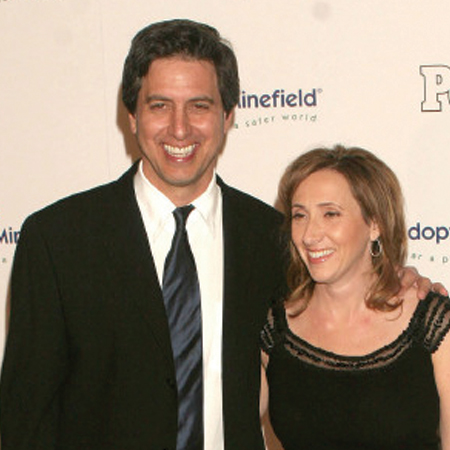