Avis Collins Robinson (Avis C. Robinson) is the wife of veteran journalist Eugene Robinson. Mrs. Robinson, on the other hand, is a self-proclaimed celebrity in her own right.

Avis C. Robinson is the President and CEO of Washington Metropolitan Scholars. This non-profit organization offers scholarships to African American high school students in order to assist them in enrolling in and completing their university studies. She is also an accomplished artist.

Net worth of Avis C. Robinson?

Through her quilts and paintings, Robinson addresses America’s deep-seated issues of race, gender, oppression, and history. In 2021, her net worth is expected to be around $2 million.

Avis C. Robinson was born Avis Edna Collins on July 26, 1953, in Baltimore, Maryland. Her father’s name is Edward Collins, and her mother’s name is Annie Collins. Her parents have four children, with her being the third. Her ancestors were black, white, and Nottoway Indian.

Robinson grew up in Silver Spring, Maryland, where her mother, a cancer researcher, was hired at the National Institutes of Health when she was four years old. She attended Colesville Elementary School, White Oak Jr. High School, and the Academy of Holy Cross in Maryland.

Avis C. Robinson started painting in high school and quilting in her twenties. Her artistic career, on the other hand, did not begin until the 2000s. After completing her studies in the late 1970s, she joined the US Environmental Protection Agency (EPA) as deputy director of the Office of Atmospheric Programs.

Robinson spent many years working for the Environmental Protection Agency before transitioning into philanthropy. She started the Washington Metropolitan Scholars Program to help more African-American students get into prestigious colleges and universities. 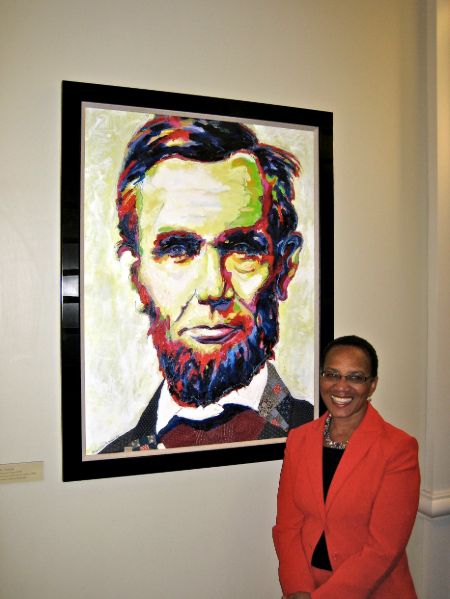 Avis’ career as a professional artist began when her mixed-media image of Abraham Lincoln was chosen to be permanently displayed in the newly refurbished entry lobby of Ford’s Theatre in Washington. Many of her paintings and fabric works have since been displayed in public places, including the lobby of the United States Mission to the United Nations in New York.

Throughout their forty-year marriage, Avis has made numerous career sacrifices to support her husband. Her journalist husband and she traveled the world together. For several years, the couple lived in Argentina and London.